How Cameron Tringale Gained 8 MPH in One Year Cameron Tringale jokingly used to refer himself as “the shortest driver, pound for pound, on the PGA TOUR.”  In an interview with the PGA TOUR’s Sean Martin, Tringale detailed how he shed that moniker through his work with Dr. Greg Rose and Dave Phillips.

Tringale’s improvement was widely chronicled by the PGA TOUR - and for good reason.  It is the most substantial year-over-year improvement in clubhead speed that the TOUR has ever seen.

As you may expect, our work with Cameron began with the process that we teach in our Level 1 seminars: an evaluation of both his physical capabilities and his swing efficiency.  We identified opportunities for improvement in both. Here’s Dr. Rose describing what Cameron’s physical screen and kinematic data revealed.

The Pelvic Tilt and Pelvic Rotation tests are two of the foundational elements of the TPI screen.  We've covered the importance of the Pelvic Tilt in depth in a past article.  If you're unfamiliar with this movement pattern in rotational sports, take a minute to read it. 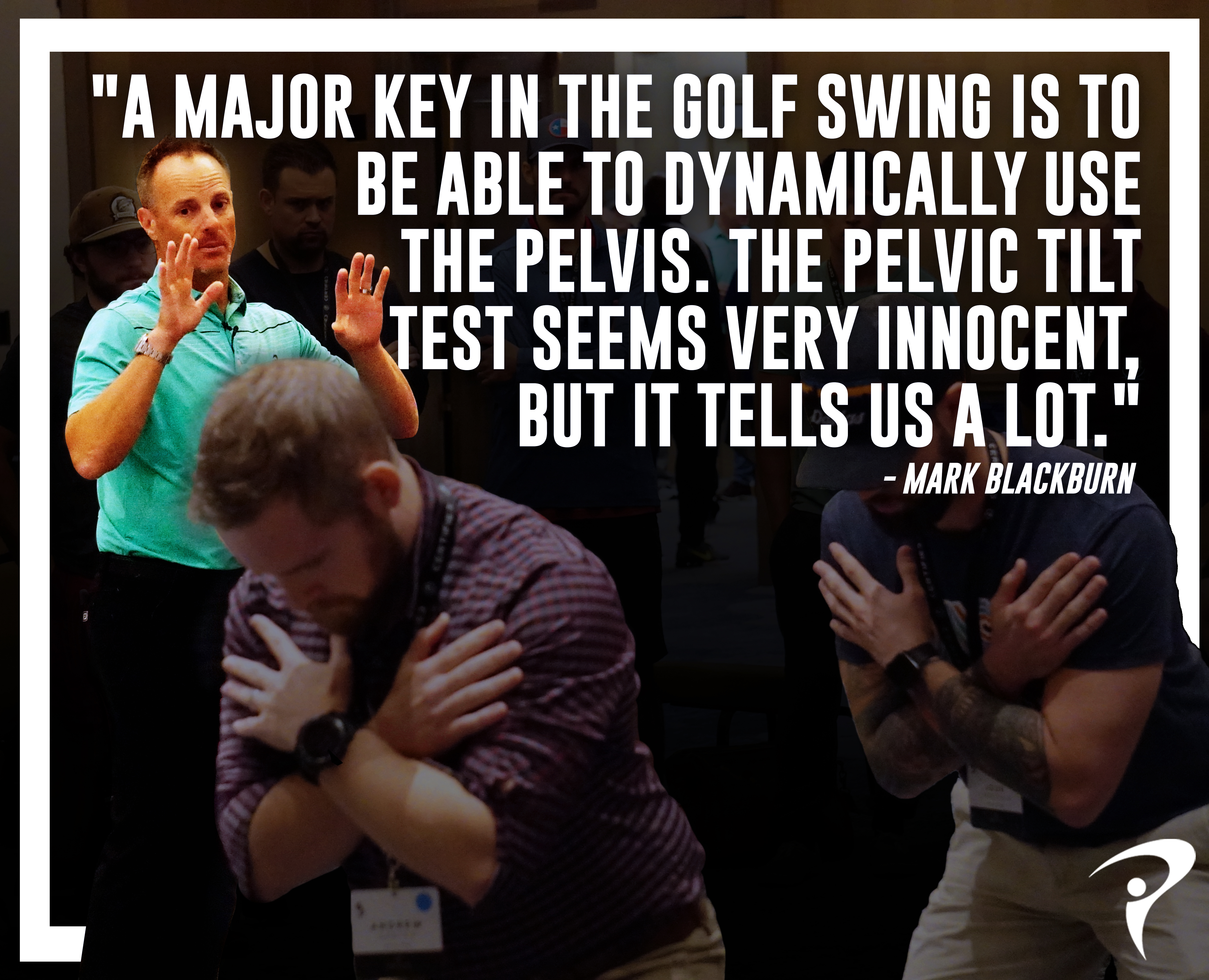 So how can you help a golfer improve their pelvic tilt?  First, you need to screen them (or find a TPI professional to help you screen them).  Limitations in the pelvic tilt are often a result of lack of stability, but can also be related to poor mobility.  To help your client you need to know which is limiting your client.  Screen to know.

The next thing your client can do is start practicing the pattern.  Many athletes struggle to pelvic tilt in golf posture.  Don't be afraid to regress to progress (this is something we cover in depth in our advanced Fitness and Medical seminars).

We have a number of exercises on our site that focus on improving pelvic stability and control, but TPI instructor Lance Gill and Kayleigh Franklin have also outlined four excellent progressions on the LGP Inc Instagram:

Additionally, here's TPI instructor Dr. Mark Smith describing a progression that can help an athlete transition from supported to unsupported.

Continuing from my last post about gradually reducing stability to help learn a movement pattern. If you struggle to go from some stability support to no support with pelvic tilting and lower body/upper body separation, here’s a simple “arms out” addition to help learn both movements. #pelvictilt #pelvicrotation #dissasociation #golfexercise #tennisexercises #baseballexercises

Hopefully these assessments and exercises will help your golfers.  They might not result in an 8 mph increase in clubhead speed like Cameron, but you might be surprised how much a golfer can improve by addressing their physical limitations.