Practice with a Purpose 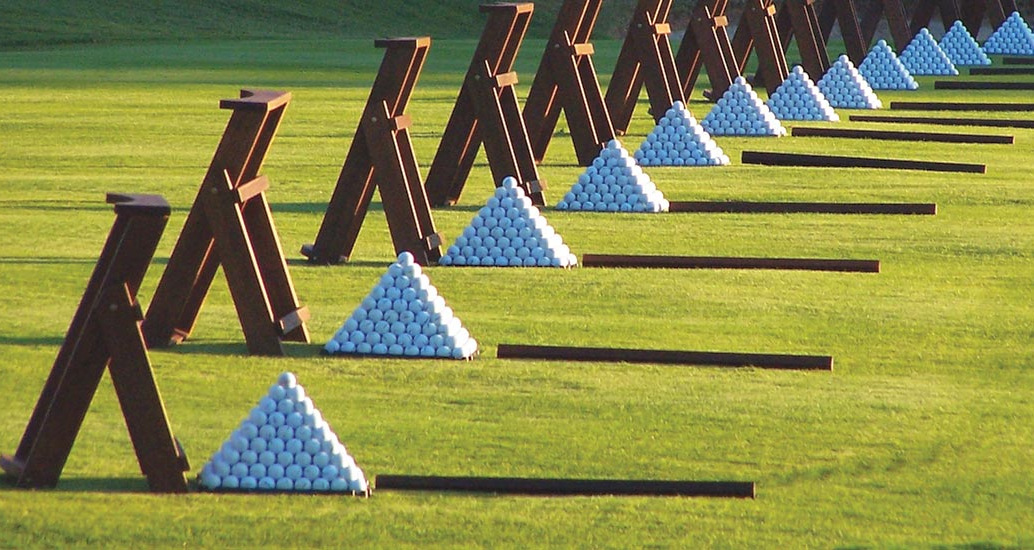 In the recent book Make It Stick: The Science of Successful Learning, the authors —Peter C. Brown, Henry L.  Roedinger III, and Mark A. McDaniel — identify precepts for learning that have been proven repeatedly by scientific research.  They begin their discussion of learning by emphasizing the foundational importance of memory:

“First, to be useful, learning requires memory, so what we’ve learned is still there later when we need it.”  (p. 2).

“Second, we need to keep learning and remembering all our lives.” (p. 2).

As players develop their swings, they are introduced to new techniques. Over time they refine those techniques to make them applicable in different circumstances and reliable under competitive pressure.

Pia Nilsson and Lynn Marriott of Vision 54 understand this progression. They have their students write down a description of their swing during their best rounds.  By writing such a description, players develop awareness of the movements of their swing, take note of its signature elements and account for sequence.  Players then have an inspected memory of their optimal swing; they have their swing in front of them as a beginning place for repetition, analysis, refinement or revision.

It is this process Manual de la Torre’s father recommended to him: “Son, if you know what you are doing and it works, spend the rest of your life perfecting it, and remember that if you should miss a shot, it simply means that you did something wrong, so get back to what to what you should do.” (Torre, Understanding the Golf Swing, p. 66).

(RELATED TPI ARTICLE: "What You Can Learn From Seve" by Andy Griffiths)

As players relate these precepts to sound training in their own sport, certain approaches to practice are confirmed or recommend themselves:

Such a practice asks players to continually revisit the fundamentals of shot making and more closely imitate the experience of playing a round of golf.

Make It Stick confirms this insight and further encourages players to organize practice sessions or a series of practices so that there is intentionally brief inattention to aspects of one’s game.

As players “get a little rusty” between sessions, they actually improve skill acquisition. Ben Hogan famously said, “there isn’t enough daylight in any one day to practice all the shots you need to.” Knowing that one learns better by forgetting and remembering, players do not need to design practices that include all aspects of their game each day.

Improving as a competitive golfer is a “journey of mastery.” In the short view, players wish to perform well under championship pressure and to win now. In the long view, players understand that over time they are developing as complete golfers, as athletes, as competitors and as individuals.

In the words of Brown, Roedinger, and McDaniel, “Mastery in any field . . . is a gradual accretion of knowledge, conceptual understanding, judgment, and skill.  These are the fruits of variety in the practice of new skills, and of striving, reflection, and mental rehearsal.” (p. 18).

Bill O'Neill is the former Head Golf Coach at University School in Cleveland, Ohio, and during his tenure his teams won four Division II State Championships in six years and two players won individual state championships. Graduates of his program continued on to play at Northwestern, Virginia, the Naval Academy, Elon, Dayton, and William and Mary. Bill has spoken on junior golf at the World Golf Fitness Summit and is Level 3 TPI Certified in Golf, Fitness, and Junior Golf. Bill earned his BA in English at The Ohio State University and his MA and PhD in English at Yale University. He has taught English and coached track, cross country, and then golf at University School and is currently the Assistant Headmaster and Academic Dean K-12. He continues to work with players on an individual basis. To contact Bill, email him at woneil@us.edu.