S-Posture, is a postural characteristic that can be caused by the player creating too much arch in their lower back by sticking their tail bone out to much in the setup position. This excessive curvature in the lower back or S-posture puts abnormally high stress on the muscles in the lower back and causes the abdominal muscles to relax. This deactivation of the core muscles can cause a loss of posture or reverse spine angle during the backswing. This in turn puts the lower body out of position on the downswing and will affect the sequence of motion in the golf swing.

You can actually stick your butt out at set up without arching your back if you just hinge from your hips and keep your spine in a neutral stable posture. Obviously, this requires good core strength and proper stabilization in the lumbar spine.

Sometimes the S-posture is actually cause by a series of muscle imbalances called a Lower Crossed Syndrome (LCS). One of the most clinically relevant patterns of muscle dysfunction is a lower crossed syndrome. Simply stated, the lower crossed syndrome is a grouping of weak muscles combined with overactive or tight muscles, that create a predictable movement pattern in the lower back that can lead to injury. A physical therapist from the Czech Republic, named of the Vladamir Janda, was really the first person to document this type of muscle imbalance. Janda noticed that many people developed a distinct pattern of muscle imbalances due to prolonged static postures, such as sitting at a desk all day.

He noted that when a muscle is subjected to a short or contracted state for an extended period of time it causes a reflex inhibition or weakening of the muscles on the opposite side of the body, called reciprocal inhibition. For example, if you sit in a chair for eight hours a day, with time your hip flexors will become shortened or tight. Therefore, your brain will automatically start to shut down or inhibit your glute muscles (butt) which are on the opposite side. Now, since your glute muscles are not working properly your body will recruit synergistic muscles like the hamstrings and lower back muscles to assist the glutes in performing hip extension. In other words, you start to recruit muscles that were not intended to be used for specific actions such as walking.

The most common pattern of imbalance that Janda observed, he named the Lower Crossed Syndrome. It is basically the combination of tight hip flexors and a tight lower back, paired with weak abdominals and weak glutes. This combination leads to an excessive arching or rounding up your lower back (swayback), a flabby or protruding abdomen, and a flat butt due to weakness in the glutes. This is a very dangerous combination of muscle imbalances due to the excessive stress that it places on the structures of the lower back. 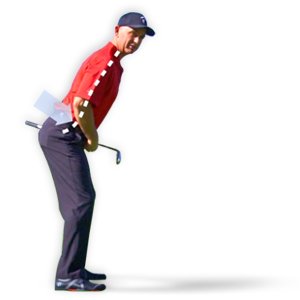 Physical Parameters Causing S-Posture and How to Diagnose Them:

The S-Posture is created by having too much arch in the lower back and can be the result of sticking your tail bone out too far or by having a Lower Crossed Syndrome (muscle imbalances around the core area). S-posture causes are as follows:

How Can I Test To See If I Have S-Posture? 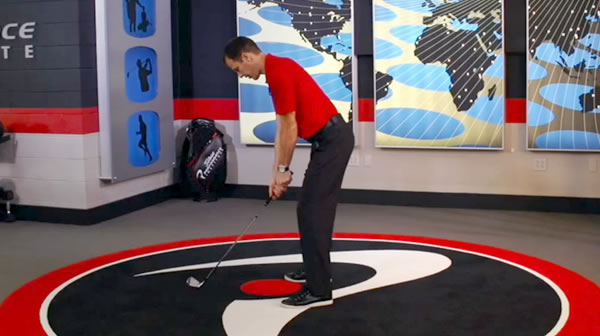 How do I control my S-Posture?

Check out these drills and exercises to attack this swing fault.