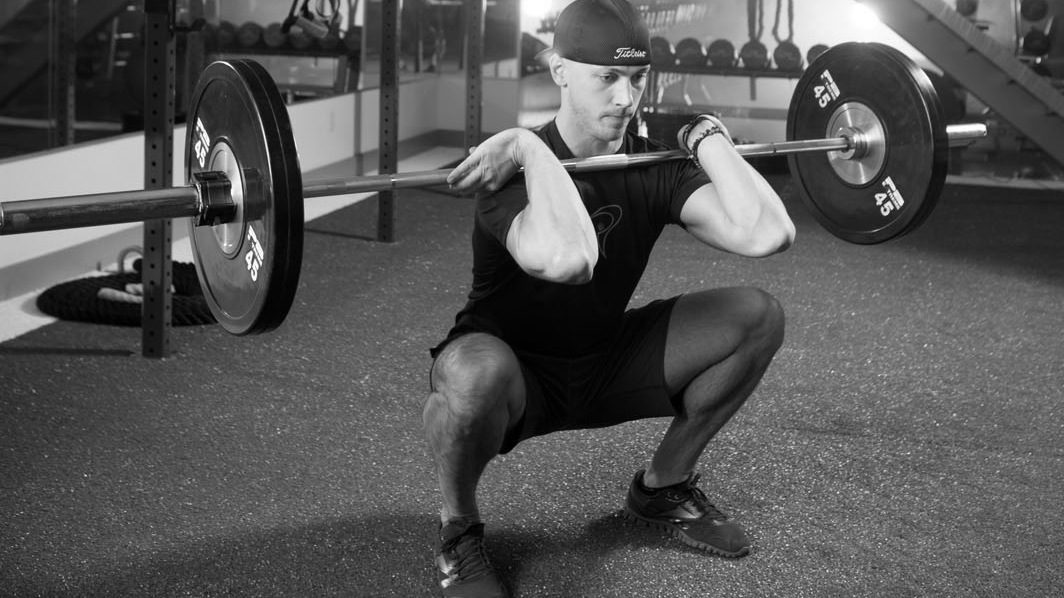 As the weather warms and golfers around the world are finally dusting off their clubs in preparation for peak golf season, I still hear many misconceptions that the average golfer carries regarding golf fitness.  I thought now is as good a time as any to put to rest these myths once and for all! Let’s get straight into it.

Boy if I had a penny for every time I heard this. But on a serious note, this is a valid question. As a 60 plus year old male/female, aches and pains creep in and the body stiffens up. Naturally, the doubt is that you’re an old bag of bones that is too far gone to benefit from any physical training. In fact, I believe that the fear of many elderly golfers is that training will actually make it worse! The golf swing is a highly explosive and rotational movement by nature. If a 15 handicap golfer plays twice a week, he/she will make between 55 and 60 full swings in that round. Add onto that 2 practice swings per shot and you’ve got between 165 and 180 rotations per round! After playing twice a week, that is approximately 360 rotations (assuming you’re playing around your handicap). Now add one driving range session of 50 balls every week. That brings your grand total of rotations to over 400 in one week! Now if you plan on playing golf long into retirement, logic would dictate that you need to take proactive measures to allow your body to continue making those rotations, pain free, and to the best of your ability. Most of the time, what you would cover in the gym is a lot less explosive in nature than that of a golf swing.

2 Weight training will make me too stiff for golf!

In fact, it has been proven that strength training improves mobility, anaerobic power and strength (Fatouros et al,2005). Not only that, but they found that performing strengthening exercises at a higher intensity, elicited a higher response, and subjects kept these gains for much longer than a lower intensity program. This correlates highly with myth number one as these patients were elderly too. Since when did being stronger become a negative thing?  Morton et al, (2011) showed that a full range strength program was as beneficial to flexibility as a stretching program. Good strength training should be complimented with mobility and core work. If you can move better through greater ranges of motion and you can lift heavier weights without any pain, why in the world would you want to stop?

3 Weighted clubs to warm up before a round

Many amateur golfers warm up on the first tee by using two irons together, and making several swings. There are much more productive ways to better prepare your body for the swing. In actual fact, studies have shown that swinging with weighted clubs can reduce your initial club head speed by up to 30%! By taking a weighted club, you are swinging it lower than your normal club head speed. By swinging slowly, you are effectively telling your brain that this is the speed you are supposed to swing the club. The brain accepts this information and uses that as your new club head speed. Many golfers aren’t capable of making an unimpeded swing with one club in their hands, and are reluctant to swing too hard in the early going in case of injury. If risking injury in the early going is the main concern, why would you make your first few swings with a heavier implement? If anything it should be the other way around.

4 Static stretching is the “best” way to loosen up

Those times are long gone! To paraphrase the late Mel Siff, the term "warm-up" should probably be replaced by "pre-activity preparation."  If you are still applying static stretch and hold prior to your round or even in the gym, thinking it will benefit your golf, you are sorely mistaken. Numerous studies have shown that static stretching prior to a round of golf actually DECREASES your ability to produce power! Not only that, Fowles et al. (2000) proved that your strength is also reduced by up to 28% immediately after a stretch, and by 9% up to an hour later.  A study conducted by Jack Wells and Ben Langdown suggested that banded exercises were the most effective for power production in golf. Lastly, if you’re tight in a particular area, you need to ask yourself why you’re tight. As Nick Buchan from Stronger Golf so eloquently put it-“A muscle is tight because it’s protecting a perceived instability, compensating for another area, or is guarding against a perceived threat.” In essence, by stretching the tight muscle, you could be treating the symptom, not the cause of the problem. For the record, the most beneficial way to prepare the body for the swing is through a series of dynamic movements, often incorporating mild resistance such as resistance bands.

" Your workout doesn't have to look or feel "golfish" to benefit your golf game. "

Many keen golfers, recognising the need to strengthen the body to improve their golf game, hit the gym with their golf swing in mind. Generally the go to piece of equipment is the cable machine to perform some kind of weighted golf swing. “Golfish” exercises can be detrimental to your swing, despite the best intentions. You will have competing motor demands. Basically, in your attempt to replicate the swing, your brain files that information in the golf swing folder. After performing numerous altered swing patterns in the gym, these habits will cross over into your swing, impacting your mechanics. With the additional weight attached, you may sacrifice technique and stability in an attempt to mould that sought after swing position, in the process making unnecessary compensations. The best way to enhance the body to optimize performance is to develop sufficient stability, mobility and strength in a holistic manner, focussing on improving human movement quality such as squatting, lunging, hip hinging, pulling and pushing. When you become proficient in these movements, that movement literacy will carry over into you being able to meet the physical demands of the swing.

Here's Gray Cook explaining why exercises like Half-Kneeling Chops are terrific for golf despite not looking like the golf swing.

Until next time, keep fit, keep healthy and keep it in the fairway.

Ben Langdown and Jack Wells studied the effect that a proper warm up had on golf performance. The results were astounding. 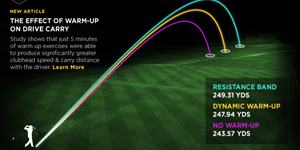