The Resurgence of Mike Weir: A Team Approach 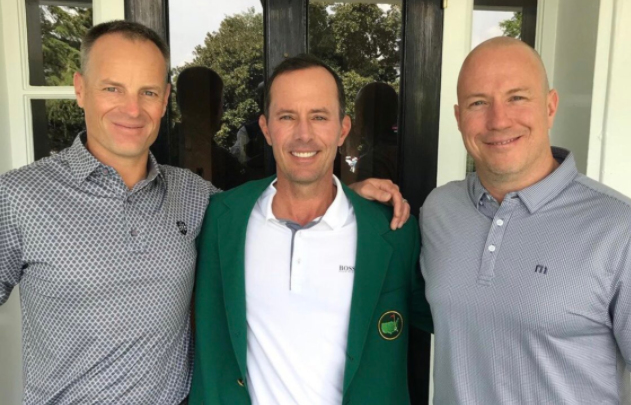 Mike Weir's victory at the PGA TOUR Champions Insperity Invitational marked another special highlight in his golf journey.  Not only was it his first win on the PGA TOUR Champions, but it was his first victory in over 13 years.  As anyone who has coached an athlete knows, wins aren't the product of a successful weekend, but the years of hard work that preceded it.

Weir has been working with our lead Level 1 instructors Mark Blackburn and Jason Glass since 2019.  We asked them to offer some insight into the work they've done with him over the years.

When asked about Weir's resurgence during a TPI LIVE last December, Mark shared a process that will be familiar to anyone who has taken a TPI Certication course.

Weir has battled shoulder and elbow pain for most of the last decade and demonstrates limited shoulder flexion in our Lat Test.  Rather than coach Weir to get his hands high for additonal power (like a Bubba Watson or Dustin Johnson), Mark encouraged him to shorten his backswing to suit his physical capabilities.

"Everything to do with Mike's game is built around his movement and his Body-Swing Connection... All we've done with Mike is build a swing that matches his current range of motion... It's definitely a team effort."

By shortening his backswing, Mark created an environment that gave Weir a better chance to maintain dynamic posture and consistency of strike.  From there, it was up to Jason Glass to maximize Weir's physical capacity, with the help of Janet Alexander and Robert Yang.

Here's Jason overviewing a bit of their work:

The main focus with Mike from day one has been to create a body that complements what Coach Blackburn is doing with his swing. Mike has an incredible work ethic and has always put fitness and health as a priority.  My job was to make sure that the work he is doing pays off. Being fit isn't enough. We had to create a body with incredible vertical thrust paired with rotational speed. Mike wants to compete each year at The Masters and for that you need to be able to bomb it. Mike has "feels" or movement patterns that aren't optimal for his swing. We do a ton of nueromuscualr high triplexity work to challenge his nervous system and have it trust the new patterning that compliments the technical aspects Mark is developing in his swing. He struggled with some mobility issues so we brought in mobility guru Janet Alexander. Janet had a past with Mike so it was easy to integrate her system into the power and speed program. We also work on Mike maintaining his weight and optimizing his health so having Robert Yang consulting on that end makes sure we aren't missing anything.

At the end of the day its a group effort led by Coach Blackburn who is amazing at utilizing each member of the teams skills to their fullest and making them fit into Mike's swing!

Weir's Body-Swing Connection is another example of how important physical screening is.  A TPI Screen takes minutes, but can highlight significant limitations that can even affect how the most experienced, high-capable professionals are able to deliver the club.

In addition to being a testament to the Body-Swing Connection, Weir's story is also one of perseverance.  Professional golfers tend to make the game look easy, but the difference between a journeyman and multiple time winner is razor thin.  Weir opened up about his journey on Jason's podcast, specifically emphasizing the importance of embracing the process (iTunes).  As Weir quoted from Dan Millman on the pod, "A warrior doesn't give up what he loves, he finds love in what he does."