One of the most overlooked factors in the distance debate is how golfers are utilizing technology to optimize launch conditions and achieve longer drives.  The ubiquity of launch monitors and increased customization of drivers have allowed professionals and amateurs to develop swings which produce greater distance even if they don't produce greater speed.

One of the best ways to achieve this is to increase launch angle and decrease spin.  Rather than rely on playing a driver with excessive loft (which will also increase spin), we recommend that golfers try to increase their angle of attack.  By hitting up on the ball (or by reducing the amount of negative attack angle), you're able to increase your trajectory and reduce your spin loft.

"If you want to drive the ball far, you have to get the ball up quickly and reduce spin."

- Rory McIlroy via Me and My Golf

Justin Thomas is a great example of a golfer who takes advantage of this on the PGA TOUR.  He ranks 36th in Club Head Speed, 30th in Ball Speed, but 9th in Driving Distance.  One reason he's able to accomplish this is by maintaining one of the most aggressive attack angles on the PGA TOUR.

If you haven't seen the terrific feature the PGA TOUR did on Justin Thomas' data with Dr. Robert Neal, you should watch it.  It's well worth your time.  In it, Dr. Neal identified a few of the factors that allow Thomas to hit the ball so far including: 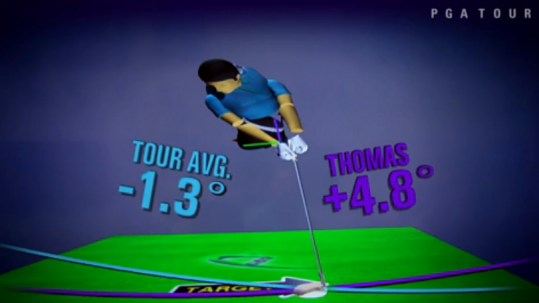 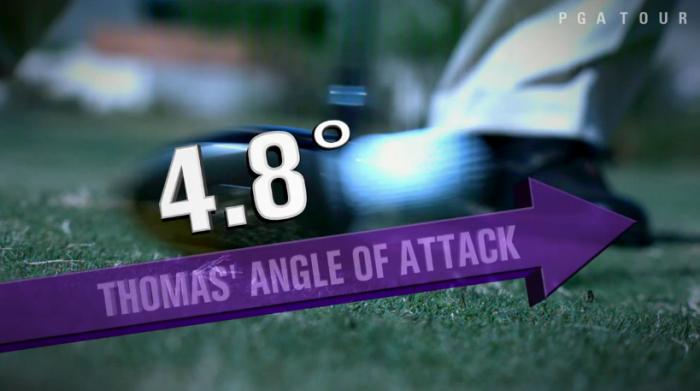 One reason Thomas is able to achieve this is what his does with his lower body to orient himself prior to impact.  According to data from BodiTrak, Thomas has just 7% of his pressure on his lead foot at impact, evidence of how aggressively he's pushed into the ground with his lead leg, nearly lifting his foot off the ground.  Not only does this play a huge role in creating elite CHS, but it raises the handle of the club, helping to shallow out the clubhead.

But what if you're one of the golfers who doesn't hit up on the ball consistently?  Is that representative of a technical problem?  Or could a physical limitation prevent you from doing so?

In our TPI LIVE that we hosted for our Golf Level 2 course, Greg and Dave were asked this question which we've clipped below.