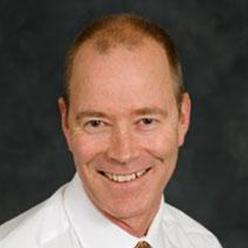 Dale Richardson graduated as a Doctor of Chiropractic from RMIT University, Melbourne Australia in 1980 and his initiation into golf was at the 1989 Australian Open when asked to look after the professionals by IMG. Realizing that the PGA Tour Australasia did not have any sports medicine coverage at the time, Dale established a multidisciplinary team of practitoners including Chiropractors, Physiotherapists, Masseurs, Podiatrists, Fitness consultants, Psychologists and Sports Medicine doctors. Dale managed this service for 10 years, the service gaining the reputation as one of the leading Tour player services in the world, and was the PGA Tour Australasia's Honourary Sports Medicine Doctor 1995-6, the first time this had been awarded to a Chiropractor.

In 1997, Nick Faldo ask Dale to travel with him full time on Tour, and this launched Dale's personalised player consultancy service "ProGolf Health" providing coverage at 25 worldwide tournaments since. Dale has an impressive array of professional golfers under his care and implements a holistic approach in developing his "player performance package". Reward for his fine work came with the invitations to be part of the sports medicine teams for the European Ryder Cup Team and the International President's Cup Team. With his involvement in the European Ryder Cup Team's sports medicine coverage at the Belfry and Oakland Hills, Dale became the first Chiropractor and first private consultancy health practitioner to be included in the sports medicine team.

In private practice, Dale was a partner and developer of the Melbourne Sports Medicine clinic in Victoria Australia  which went on to be the largest multidisciplinary sports medicine clinic in Australia. Dale published many articles in Golf Digest (Australia) and other golf publications during his time with the PGA Tour Australasia.