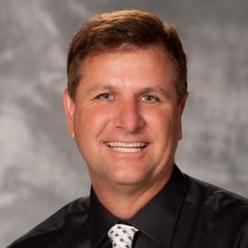 Dr. Michael Voight has had a distinguished career as both an educator and clinical physical therapist for over 25 years. Throughout his career he has not only become one of the leading authorities in the rehabilitation of orthopedic and sports injuries, he has worked tirelessly to advance the knowledge of others as a clinician and educator by making significant contributions to the literature.

Presently, Dr. Voight is a tenured professor with Belmont University’s School of Physical Therapy in Nashville TN. In 1987, Dr. Voight became one of the nation’s first board certified clinical specialist in Sports Physical Therapy (has been recertified twice), and in 1994 he received his board certification of advanced clinical competence in orthopedic physical therapy (recertified in 2003). This makes him one of only a few clinicians nationwide possessing the same advanced competency credentials.

Dr. Voight is recognized as a clinician of the highest caliber, and has worked with a number of high-profile athletic organizations. Throughout his career, Dr. Voight has worked in the NFL with the Philadelphia Eagle's, Miami Dolphins, and has consulted with the Tennessee Titans Football Team. Additionally, he has worked in the NBA serving as the team physical therapist for Miami Heat Basketball Team. In addition, Dr. Voight has consulted with various teams in MLB, NHL and the MLS. Early in his career he became active within the United States Olympic Committee's Sportsmedicine Division. He has worked at the Olympic Training Center, Olympic Festivals, Pan Am Games, Olympic Games, and has had the opportunity to travel to almost all of the different continents with various Olympic and national teams. Most recently, Dr. Voight has worked with the Medical Commission for FIFA (the International governing body for soccer) and the Professional Golf Association. His role with the advisory board of TPI allows him to consult on the prevention, evaluation, and treatment of golf injuries with many noted golf professionals.

In addition to academic and clinical practice, Dr. Voight has also been extremely active within the field of Sports Physical Therapy. Throughout his career, Dr. Voight has been appointed to a variety of committees and has served four elected terms on the Executive Board of the Sports Physical Therapy Section of APTA. In his last elected position, he served as President of the SPTS. In 1997, he was presented the SPTS distinguished service award for his dedication to service. In 2008, he was presented the President’s award for his career of service to the SPTS and was also presented the prestigious Ron Peyton award for career achievement. In 2010, Dr. Voight was elected into the SPTS Hall of Fame for a lifetime of excellence in sports physical therapy.

Dr. Voight has lectured extensively at various conferences, symposiums, and congresses both nationally and internationally having given over 650 professional presentations on a variety of orthopedic and sports medicine topics. Dr. Voight is a principle reviewer for the prestigious American Journal of Sports Medicine and actively resides on the editorial boards of several different journals. He played an instrumental role in the development of the North American Journal of Sports Physical Therapy and is currently the Editor-in-Chief of the International Journal of Sports Physical Therapy. He has authored over 70 papers, textbook chapters on various topics, and has written three textbooks on functional exercise. In 1996, 2000, and 2009 he received the Distinguished Educator Award from the Sports Physical Therapy Section making him the only person to have received this award multiple times. Dr. Voight was honored again in 2010, when he was presented the inaugural SPTS “Lifetime Excellence in Education” award.

Dr. Voight is a clinician, educator, and researcher who is regarded by his peers as one of the leading musculoskeletal physical therapists in the world. In 1997, he was presented the SPTS distinguished service award for his dedication to service. In 2008, he was presented the President’s award for his career of service to the SPTS and was also presented the prestigious Ron Peyton award for career achievement. In 2010, Dr. Voight was elected into the SPTS Hall of Fame for a lifetime of excellence in sports physical therapy. His many accomplishments were again validated in 2011 when the American Physical Therapy Association presented Dr. Voight with their highest honor, naming him a Fellow of the APTA. He remains extremely active in patient care, education, and research activities and his lectures are both well attended and receive excellent reviews based upon his innovative presentation of the scientific evidence and the interactive fun approach to teaching.