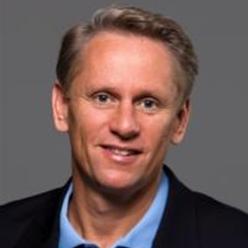 Rick Jensen, Ph.D., is the founder of Dr. Rick Jensen's Performance Center and a nationally recognized performance consultant and sport psychologist. Dr. Jensen is the author of Drive to the Top: 5 Timeless Business Lessons Learned from Golf's Greatest Champions and Easier Said Than Done: The Undeniable, Tour-Tested Truths You Must Know (and Apply) to Finally Play to Your Potential on the Golf Course. In golf, his clients include more than 50 touring pros on the PGA, LPGA and Champions Tours. Dr. Jensen’s clients have won a total of more than $65 million in career earnings and 199 tour victories. Fourteen of his clients have won at least one major championship and have combined to win a total of 33 majors.

As Player Development Consultant to the WTA Tour, Dr. Jensen trains tennis champions including winners of all four Grand Slam championships. Additionally, he has worked with champions from the worlds of Major League Baseball and the National Hockey League.

Dr. Jensen has served as a performance consultant to the PGA of America, the Women’s Tennis Association, the Canadian PGA and the United States Olympic Training Center. In the world of business, he consults with winners such as Merrill Lynch, Morgan Stanley Smith Barney, UBS, Wells Fargo, Jackson, Grubb and Ellis, Colliers International, ADP, Hewlett Packard, American Express and NIKE Corporation.

Dr. Jensen served as a staff psychologist at the University of Florida where he received his Doctorate in Psychology with a specialization in Sport Psychology and Exercise Science. He has been featured on ABC, ESPN, CNN, and the Golf Channel, and is also a contributing writer for the Majors of Golf Magazine, Golf Digest and GOLF Magazine.